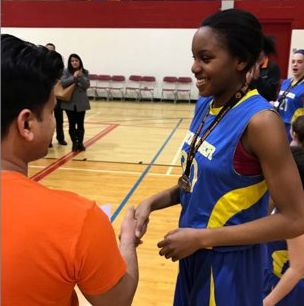 Graduated from the Edge School (Bishop Carroll) in June 2020…was a multi-sport athlete in high school, playing both basketball and volleyball…named Miss Basketball Alberta following her junior season after averaging 24.8 points per game on 56.4 percent shooting to go along with 15.5 rebounds, 3.5 assists and 4.3 steals per game…three-time Most Valuable Player selection (2017, 2018, 2020)…averaged 22.0 points per game shooting 55.4 percent from the floor to go along with 13.7 rebounds per game her sophomore season…graduated with a 3.61 GPA while earning multiple academic honors including the Mountaineer Award and the Principal’s List.

Manage your identity from the palm of your hand to the top of your desk.