What is the Elam Ending? 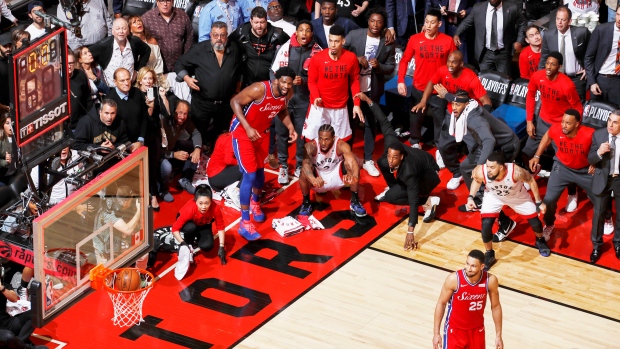 The CEBL will adopt the Elam Ending — a scoring system that sets a target points total to end each game instead of the inevitable 0:00 on the clock.

The system has been used at the recently completed TBT (The Basketball Tournament) for five years and was adopted with wide praise by the NBA for its all-star game in February.

At the CEBL tournament, nine points will be added to the winning team's score at the first clock stoppage with less than four minutes remaining in the game. From there it's simple: first team to hit that new total wins.
https://www.cbc.ca/sports/basketball/cebl/cebl-summer-series-elam-ending-1.5642992

The format means every game must end with a made basket or free throw. It also cuts intentional fouling from crunch time since there's no way for the losing team to extend the game.

That's the problem Nick Elam, creator of the Elam Ending, set out to solve. Basketball can be fast-paced and frenetic for 44 minutes before bogging down to a parade of timeouts and free throws when the game is on the line. The former middle-school principal attempted to correct that imbalance.

"Whether at the NBA all-star game, The Basketball Tournament, or countless grassroots-level leagues and events throughout the basketball world, the Elam Ending continues to prove its ability to preserve high-quality, fluid and intense play all the way through the end of the game," said Elam.

The Elam Ending also removes the notion of clock controversies while introducing greater chances of a comeback.

That renewed hope can be all the trailing team needs.

"Without a time period when you can just work on getting great shots and getting stops when it's really locked in," said Weber, "you can see the best teams can actually come from behind and win those games."

The all-star game, which added 24 to the winning team's score as the target total after three quarters, ended in one of the least exciting ways the format allows: free throws.

Ending the game on a foul call — especially a non-shooting foul, as happened in February — invites the idea of referees deciding the game.

Officials can be known for putting the whistle in their pockets at big moments.

"I don't think it changes the game a bit," said Ron Foxcroft, a retired basketball ref and the current NBA replay game coordinator in Toronto. "I think if you see a foul in the first minute you call that foul the same as you do at the last second."

Some other housekeeping with the Elam Ending: the shot clock remains in effect as usual and each team is only granted two timeouts for the final four minutes. If the under-four stoppage is free throws, the target score is calculated after the shots are attempted.

There can be no overtimes, which takes away some excitement, and no game-winning buzzer-beaters, though the trade-off is guaranteed game winners.

Strategically, the Elam Ending doesn't change the game hugely. Some power is shifted some from coaches, who typically dictate when to intentionally foul, to players.

After the all-star game, Team Giannis head coach Nick Nurse said it was difficult to gauge timing and substitution patterns without a clock. Nurse had drawn some criticism for using Kyle Lowry over Jimmy Butler during crunch time.

The CEBL's inaugural season saw fast-paced, transition basketball. In a season altered due to COVID-19 with less time to acclimate to new teams and teammates, that pick-up style should only be exacerbated.

The addition of the Elam Ending to the short, frenzied tournament should only kick things up a notch.

Manage your identity from the palm of your hand to the top of your desk.